Insomnia is a frequent sleep disorder that makes falling asleep difficult,  waking up without getting enough sleep, or having unrefreshing sleep. People’s sleep needs vary, and everyone experiences a night of restless sleep every now and then. Sleep problems affect over a quarter of the population, and they become more common as people get older.

The specific function of sleep is unknown, although the effects of sleep deprivation suggest that it serves to re-charge the body. Additionally, there are psychological advantages. Dreams usually happen during one phase of sleep (named the rapid eye movement or REM phase because the sleeper’s eyes can be seen moving rapidly behind the lids). People who do not get enough sleep or who sleep lightly are deprived of REM sleep. They may feel irritated and nervous, and in the case of severe sleep loss, they may even experience hallucinations. Their irritation as a result of their sleeplessness has an impact on their relationships, families, and coworkers. According to statistics, those who suffer from insomnia have a higher-than-average risk of dying from cancer, heart disease, or stroke.

Insomnia can be categorized into 3 types: 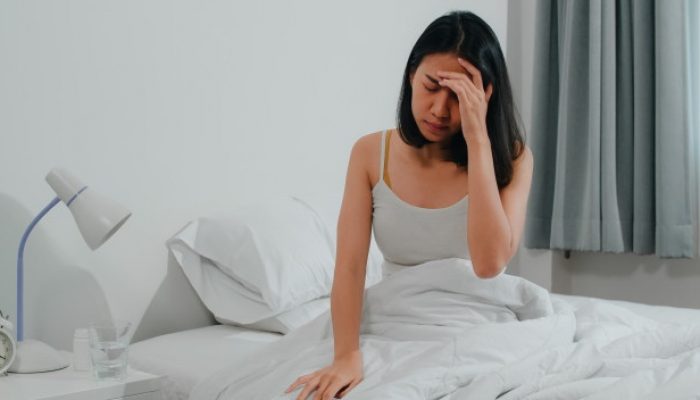 In most cases, there is no single explanation for insomnia, however, several factors have proved to play a role:

Insomnia rarely occurs if none of the preceding factors is present. This is referred to as “primary” insomnia.

Psychologists usually will guide patients to use some simple relaxation techniques. They also provide “talking therapy” (psychotherapy) to assist people to cope with numerous life situations that may provoke insomnia, such as bereavement, marital troubles, and so on. Psychological “tricks” can also be taught, such as telling you to attempt to stay awake, which has the opposite effect most of the time.

Cognitive behaviour therapy (CBT) is a type of sleep therapy that addresses misconceptions about sleep, such as the belief that taking many short naps during the day is beneficial.

Consult your doctor if daytime sleepiness is interfering with your work or leisure activities, or if you wake up feeling tired and irritable. Some doctors believe that prescription-only hypnotics should be started as soon as these issues arise, while others believe that sleep hygiene approaches should be tried first. Drugs should be used as brief as possible, and no longer than two weeks in any event. Aside from that, there’s a risk of developing a reliance (addiction) on sleeping pills. A general practitioner can also uncover any underlying causes of sleeplessness that require therapy. Antidepressants and sleeping medications may be used to treat depression. The following medications may be prescribed by your doctor:

All benzodiazepines can impair hand-eye coordination, making it difficult to drive or operate machinery the next day. Doctors are currently advised against prescription benzodiazepines for insomnia except for very short-term use in certain instances, such as in severely distraught persons, due to the possibility of addiction.

In principle, they should produce less daytime drowsiness and have a lower risk of addiction than benzodiazepines. However, there is little scientific research that compared the two categories. While the drug Zopiclone can leave a metallic taste on your tongue. These medications could also cause other negative side effects in addition to indigestion and headache.

Antidepressants – Some ‘tricyclic’ antidepressant drugs, such as dothiepin and trazodone, have a sedative effect if a person with insomnia suffers from depression. These medications will not cause addiction.

There are also a variety of over-the-counter medicines that may help with occasional insomnia.

People suffering from insomnia can do a variety of things to alleviate symptoms on their own: