Dementia is a general term describing a decline in brain function that causes memory loss, language impairment, and behavioural and emotional issues. The most common type of dementia is Alzheimer’s disease, which accounts for more than half of all cases. 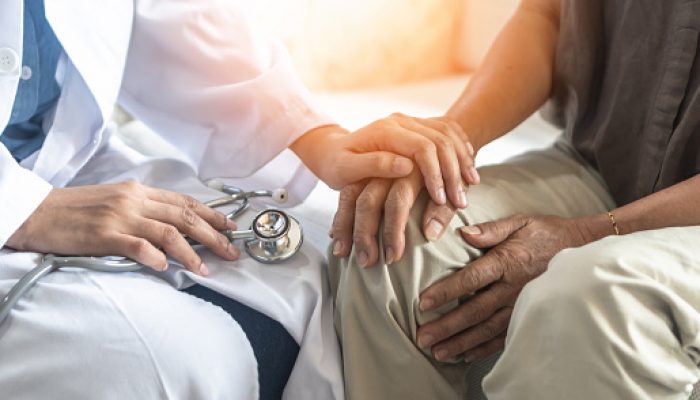 The exact causation of Alzheimer’s disease is unknown. It’s likely that no single cause is to blame, but rather a combination of factors that vary from person to person. There may be a genetic component, as those whose parents or siblings have the disease appear to have a higher risk of having it themselves. However, no clear inheritance pattern has been discovered. Head injury is a known risk factor, and Alzhemier’s disease affects people with Downs Syndrome frequently.

According to several studies, persons who train their brains (by performing crossword puzzles and other mental agility exercises) are less likely to develop Alzheimer’s disease. But there is no clear evidence to suggest that environmental variables play a part in the development of the disease.

Alzhemier’s illness is caused by the death of nerve cells (neurones) in the brain, regardless of the underlying reason. Because these nerve cells cannot be replaced, the person suffering from Alzhemier’s disease deteriorates as more cells are killed. The brain’s communication mechanisms deteriorate down as a result of this process. When the brain is working properly, it sends and receives signals from other areas of the body and the brain through gaps (synapses) between nerve cells. These signals are required for activities such as language and problem solving in the brain. They also play a role in motor processes, including as instructing muscles on when and how to work.

The molecules known as neurotransmitters, like as acetylcholine, enable these message signals overcome these gaps. Doctors believe that nerve cell loss produces a decrease in acetylcholine, which causes nerve signal transmission to be impeded. To reduce the severity of the condition, drugs that increase the amount of acetycholine are employed.

The onset of Alzhemier’s disease is often difficult to predict because it begins with forgetfulness and difficulty finding the right word, both of which are common problems associated with aging.

Those closest to the individual with Alzhemier’s disease may observe personality changes in the early stages. A previously cheerful person, for example, may become irritable and even aggressive, unable to cope with the demands of a busy life.+

Memory loss, trouble doing routine tasks, and more overt personality changes, typically accompanied with despair, become more noticeable as the disease develops. Mathematical and verbal abilities deteriorate, which may result in an individual’s inability to comprehend instructions or count their change. It’s easy for a conversation to become meaningless and empty. People with Alzhemier’s disease can become paranoid, believing that their caregivers are attempting to poison them or that their partner is unfaithful. Sufferers may lose their sense of time and place, dressing in the middle of the night or walking off and becoming lost, even in once-familiar area.This can be extremely stressful and upsetting for the person’s caregivers and family, as they have effectively lost the person they once knew.

People with Alzhemier’s disease may become completely reliant on others for their care as the condition progresses. Walking can become difficult, forcing a patient to stay in bed. He or she may become incontinent, have hallucinations, or become progressively oblivious to their environment. Residential care with round-the-clock nursing is frequently considered at this point.

The condition lasts an average of ten years, with a range of 3 to 20 years between diagnosis and death. Another condition, such as pneumonia, which becomes more common in persons who are bed-bound and hence less immune to infection, is frequently the cause of death in people with Alzhemier’s.

There is no specific test for Alzhemier’s disease, hence diagnosis is based on ruling out other possible causes of dementia. Vascular dementia (also known as multi-infarct dementia or MID), dementia with Lewy bodies (DLB), fronto-temporal dementia (including Picks disease), Parkinson’s disease, and alcohol-related dementia are only a few examples (Koraskoffs syndrome).

The doctor will try to establish some of the symptoms of Alzhemier’s, such as memory loss and linguistic impairment, in a person suspected of having the disease. To rule out other causes of dementia, a physical examination as well as blood and urine tests may be performed. If the doctor is unable to establish a diagnosis, the patient will be referred to a specialist (a neurologist, an aged care physician, or a psychiatrist) for more testing.

The Mini-Mental State Examination is one of these examinations (MMSE). This is a set of questions and quizzes that assess your memory, language, and math skills. A brain scan, usually magnetic resonance imaging, is one of the several tests that may be performed (MRI). Some persons may be referred to a memory clinic that specializes in mental health evaluations.

Unfortunately, there is currently no cure for Alzhemier’s disease. Drug treatment, non-drug treatment, and support from a variety of services can all help manage the disease.

The discovery of a new class of medications known as cholinesterase inhibitors marks the first time that a viable medicinal treatment for Alzheimer’s disease has been developed. Cholinesterase is an enzyme that degrades and eliminates acetylcholine, a neurotransmitter. Cholinesterase inhibitors help to limit this breakdown, allowing more acetylcholine to be produced. Aricept (donepezil hydrocholoride), Exelon (rivastigmine), and Reminyl are the three drugs in this class (galantamine). They may reduce the progression of symptoms in those who are in the early to middle stages of the disease.

Antidepressants are sometimes used to aid with the depression that might accompany Alzhemier’s disease. The misuse of powerful psychiatric medicines (neuroleptics) to manage problematic behavior in people in residential care has been acknowledged and condemned.

Other methods for coping with Alzhemier’s disease are available. Reality orientation, reminiscence therapy, and validation therapy are examples of these techniques. Art and music therapy are also employed, but their efficacy has yet to be established.